Do You Need A Vapor Barrier In Your Garage? 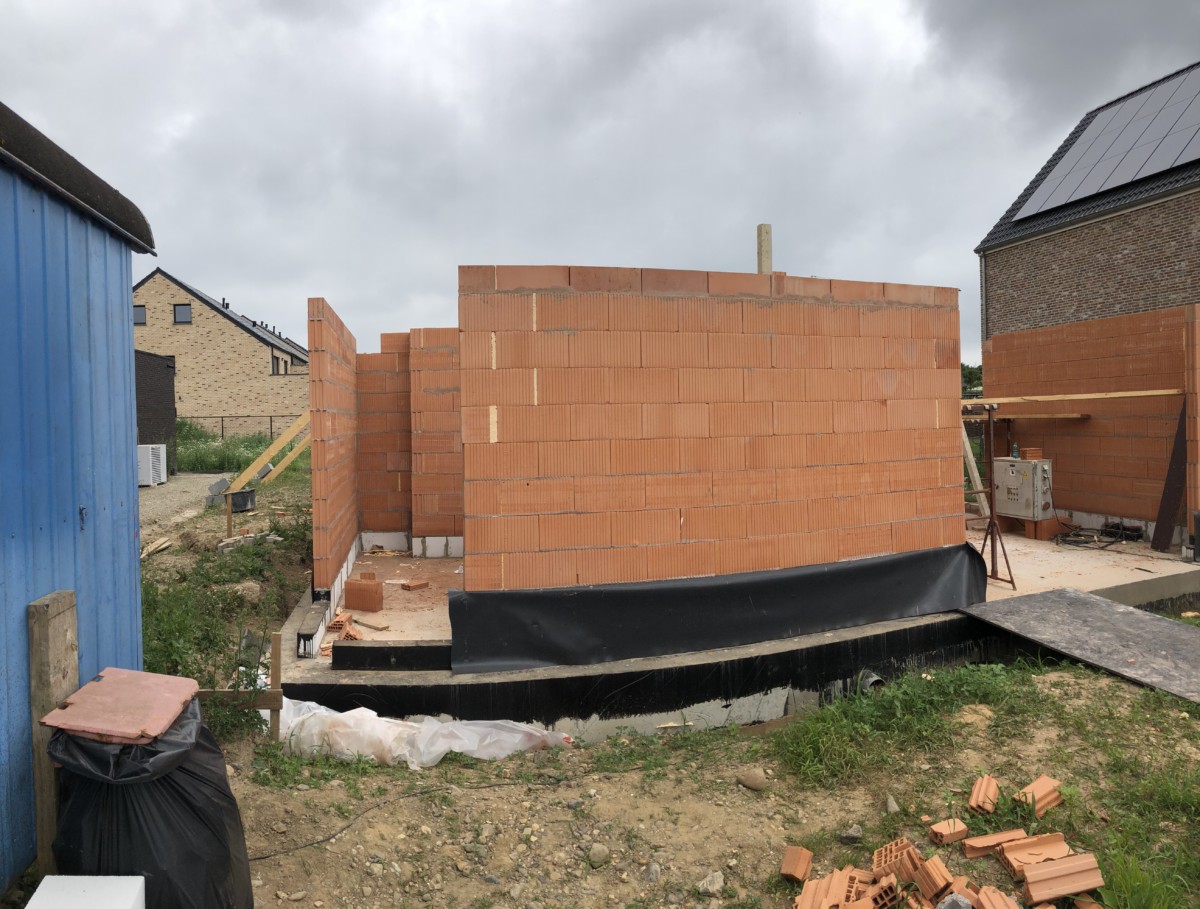 If you are in the process of building your garage, you are likely curious as to whether the garage needs a vapor barrier or not. Here we will provide you with a guide to selecting the correct materials to prevent damage due to moisture entering the wall components of your garage.

Do you need a vapor barrier in your garage? In any garage, you will need to install some kind of a barrier to keep moisture from damaging the inner components of the walls. In colder climates, this barrier should be placed along the inside of the wall studs. In warmer, less temperate climates, this barrier should be placed beneath the cladding at the exterior of the building.

In this guide to selecting a proper vapor barrier for your garage, we will also provide specific details on the different types of vapor barriers and provide recommendations on which vapor barrier type best fits your needs.

What Is A Vapor Barrier?

Vapor barriers are designed to prevent water vapor from migrating into a space that you are trying to keep damp air out of.

One of the most common materials used for vapor barriers is 6 mil polyethylene sheeting.

Such vapor barriers are often used in cold climates to prevent moisture from accumulating on the back side of the sheathing after traveling through the sheetrock and insulation, as is described here by the International Code Council (ICC). https://www.iccsafe.org/wp-content/uploads/proclamations/TN06-Vapor-Retarders_pdf.pdf

Moisture accumulated in this space due to the differences between indoor and outdoor air during the wintertime. The indoor air is warm and relatively humid while the outdoor air is cool and dry.

Your need for a vapor barrier in your garage will largely depend upon which climate zone you are located in.

The International Energy Conservation Code (IECC) includes a map of the U.S climate zones. The purpose of the map is to set performance for the building envelope, defined as the portion of the building separating the heated or cooled interior from the exterior.

In the most southerly zones (1,2 and 3) located in the deep southern states near and along the Gulf of Mexico, it is recommended that you do not place any type of a vapor barrier between the drywall and the exterior.

It can certainly be beneficial to use a housewrap like this one in the Deep South, but you should not be using a vapor barrier like polyethylene sheeting.

The farther north you go the more beneficial it is to use a vapor barrier such as 6 mil polyethylene sheeting, particularly in regions 6 and 7 corresponding to the northernmost states.

Cladding is the material used in construction that you see on the outside of the building. It serves a purpose to help regulate the interior temperature and conditions of the building interior.

The type of cladding you choose for your structure will help determine your need for a vapor barrier.

According to the U.S. Census Bureau, (https://www.iccsafe.org/wp-content/uploads/proclamations/TN06-Vapor-Retarders_pdf.pdf) the cladding on most homes and garages in the United States contain relatively absorptive materials such as:

Vinyl siding is less permeable to moisture than other types of cladding such as brick, stucco and wood.

Still, vinyl siding is not completely waterproof. Paul Fissette, the director of the Building Materials Technology And Management program at the University of Massachusetts has observed the issues with vinyl siding and moisture firsthand. Fissette recalls inspecting vinyl siding in freezing temperatures following a heavy sideways rain event. The vinyl siding had icicles protruding out from underneath the panels.

At a minimum, a house wrap such as DuPont Tyvek Homewrap should be placed beneath vinyl siding to prevent moisture from accumulating within wall components and leading to damage.

If you are using more absorptive cladding materials such as brick, fiber cement and wood for the exterior of your garage, you will definitely want to use a less permeable vapor barrier such as TRM Manufacturing 610B Weatherall 6 mil Polyethylene Sheeting.

This is particularly the case if you are in a region susceptible to cold temperatures during wintertime.

If you are using vinyl siding, which holds a reputation for being less absorptive than the other cladding materials discussed here, you will still need to install a quality house wrap beneath the siding panels. This will help keep moisture from accumulating within the wall components of your garage.

Vapor Barriers Have Been Separated Into Classes

The International Code Council (ICC) has helpfully separated out the various types of vapor barriers into distinct classes.

Here is how they are broken down:

Where Are Vapor Barriers Supposed To Be Put?

Placing the vapor barrier in the incorrect location along the wall of your garage will defeat the purpose. Incorrect vapor barrier choice or placement may lead to the trapping of moisture within the wall components that you are trying to keep moisture out of, according to the Building Science Corporation.

The proper location of a vapor barrier depends on climate:

Is There A Difference Between Vapor Barriers And Vapor Retarder?

Although they both keep moisture from infiltrating the inner components of a wall, there is a difference between vapor barriers and vapor retarders.

The difference between vapor barriers and vapor retarders lies in their permeability.

According to the Building Science Corporation, a vapor barrier is a layer with a permanence rating of 0.1 perms or less.

A perm is a score assigned to a layer that is centered on permeance and permeability. Lower perm ratings mean that moisture is met with more resistance.

Vapor retarders are the equivalents of Class II Vapor Barriers on the International Code Council (ICC).

Vapor retarders often come in the form of housewraps and asphalt-coated kraft paper while vapor barriers are more selective materials such as 6 mil polyethylene sheeting.

It happens. You’re proud of your car and take care of it but, one day, in a grocery store parking lot or while you’re at work, your car gets a scratch or a chip. It can ruin the look of the car and depreciate your vehicle even more. Read below to find different ways...
Read More

This is How DIY Keyed Car Repair Works

Fixing a keyed car on your own is challenging, but not impossible. The damage to the body of your car from being keyed is typically deeper than regular wear and tear, or even a dent. However, taking your keyed car to a body shop can cost a small fortune, so a DIY job...
Read More

A garage can be more than just a place to keep your cars. If you have the right storage system for it, your garage can become a valuable space for keeping things organized and out of the house. With garage storage systems, you want something that’s sturdy and provides...
Read More

Build a Lock Cage for Your Garage Tools

Tools are a large expense for homeowners. Lawnmowers, weed trimmers, shovels, rakes, and every variety of equipment can be found in the average garage. Construction workers use tools for their trade that they store in their garage or shed. Theft can be costly, so...
Read More

YourCarCave.com is a collection of valuable and useful information regarding everything automotive, especially in and out of the garage.
We’re a group of friends that try to improve the holy sleeping grounds of our cars, or as we like to call it, our Car Caves. As everybody even remotely interested in cars will tell you, it’s not just a means of transport from a to b. For some it is even a passion!

This site is a participant in the Amazon Services LLC Associates Program, an affiliate advertising program designed to provide a means for sites to earn advertising fees by advertising and linking to Amazon.com. We are compensated for referring traffic and business to Amazon and other companies linked to on this site. 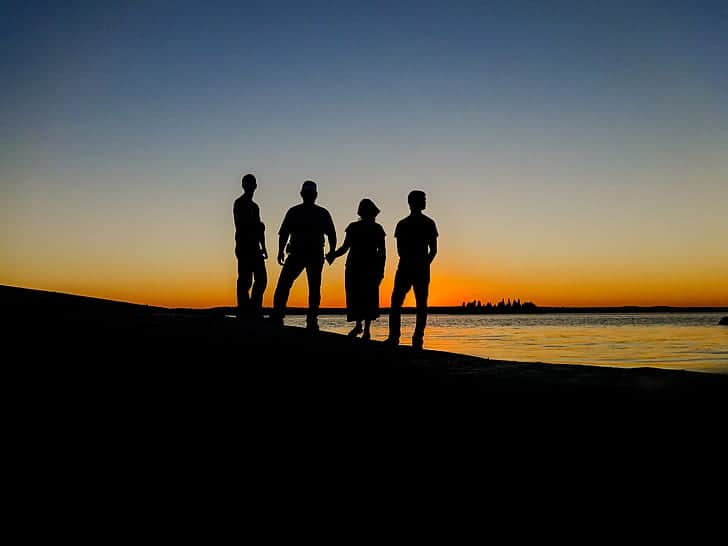